Yesterday I saw an announcement for Nokia’s latest cellphone.  What makes this important to me was the claim it sported a 41 megapixel camera.  Should be interesting to see just what the image quality will be.  Being the contrarian that I am, I have decided to do an in depth review of a 64 megapixel pocketable point and shoot camera, sans phone.  This little modern wonder is the Olympus 35RD, produced in the 1970’s.  To get 64 megapixels requires one further step, you must scan the 35mm film it uses.  I found this little beauty in an antique store here in Calgary.  It was just sitting there looking very lonely and forlorn so I just had to buy it and take it home. Cost me all of $10.  Yes my parents had problems with me bringing home puppies and kittens too. 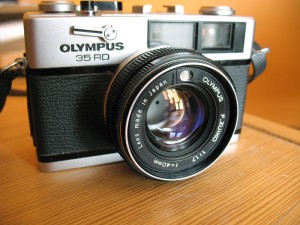 Once home I fished out a roll of 35mm Fuji color negative film from the refrigerator and loaded this baby up.  The meter proved to be operational but the battery was leaking so I replaced it.  The shutter sounded good, no oil on the aperture blades and the foam seal around the back door looked soft and light tight.  Time to put it through it’s paces.

I am use to rangefinders as I have both a Leica M3 and M5 so focusing this camera was not a problem.  The patch could have been a little brighter but it sure beats the focusing patch in my Olympus XA.  The XA seems to have a cult following but it certainly does not have anything over this camera.

The features I immediately recognized as nifty were the flash settings.  On the main aperture rotating ring there is a green thunderbolt.  If you are using a fully manual flash set the camera to this setting.  Then look under the lens and you will see a little tab where you can set the Guide Number (GN) of your flash.  From then on just focus and the camera will set the proper aperture (f-stop).  Heck we had to wait until the mid 2000’s to get this kind of functionality on digital SLR’s!  Another feature I appreciate is the ability to meter through filters that are added to the taking lens.  Many small rangefinders have the light sensor on the body rather than in the lenses light path.  If this is the case in my opinion it renders the camera useless.  For those of us that love to take manual control of a camera this little baby allows us that freedom as well.   Just move the aperture ring off of A for automatic, set your shutter speed and the camera’s meter will suggest the f-stop you should use.  Makes it easy to bias your exposures plus or minus for tricky lighting conditions.

The lens on the Olympus 35RD is a razor sharp 42mm f1.7.  Something or a rarity these days.  Fast lenses are not being produced by point and shoot 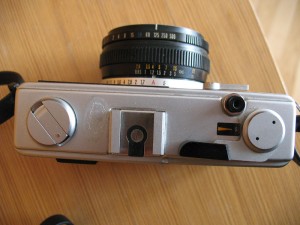 manufacturers due to cost and the new digital sensors being able to shoot in low light with ever better performance.  However I like the ability to use fast lenses for their wide open shallow depth of field look.  Something that is impossible to get with the newer cameras unless you spend mega bucks.  Many have said that the only way you can tell the difference between images taken with this lens and a Leica 35mm f 1.4 ASPH Summilux-M is through a microscope.

The proof is in the pudding so to speak.  My usual method of testing any camera or lens is to take a bunch of real world photographs that will highlight any strengths or weaknesses of the test equipment.  I am not really all that interested in laboratory measurements and voodoo speak.  My main test criteria is for a camera and lens to be able to handle low contrast, high contrast, straight lines, edge to edge sharpness, focus accuracy and exposure accuracy.  Ergonomics, sound and just general vibe are also important.  One thing I must say is that this camera is so quiet sometimes I couldn’t tell if it actually took the picture.  If this is something that is important to you then definitely seek out one of these little gems.

On the downside I found it hard to focus with my glasses on.  It was possible, but worked better if I took my glasses off.  I didn’t have to worry about scratching my $1200 pair of specks as the viewfinder has a plastic guard around it.  Hey Leica, learn something.  Maybe the later Leica’s have plastic guards now but my M3 and M5 sure don’t.

The following photographs are scans of drug store 4×6 prints.  No Photoshop wizardry  has been added beyond making them look like the original prints.  You can see for yourself that this camera performs very well.  The detail in the shadows was exceptional while not blowing out the bright areas.  The glint on the bright silver tubing on the chairs was well controlled with nice little stars.  The camera’s meter handled complex meter situations well too.   You can also see in the shot of the fence that there is no perceivable distortion or fuzziness at the edges.  Most shots were taken between f8 and f16.

This camera really has a “vibe” factor of 4 out of  5.  The Olympus XA has a full house 5 but it harder to use and the image fall off in the corners is bothersome unless that is the look you are going for.  This little camera will find a place in my computer bag for daily film shooting.  Those poor Leica’s are going to whine and moan I know it. 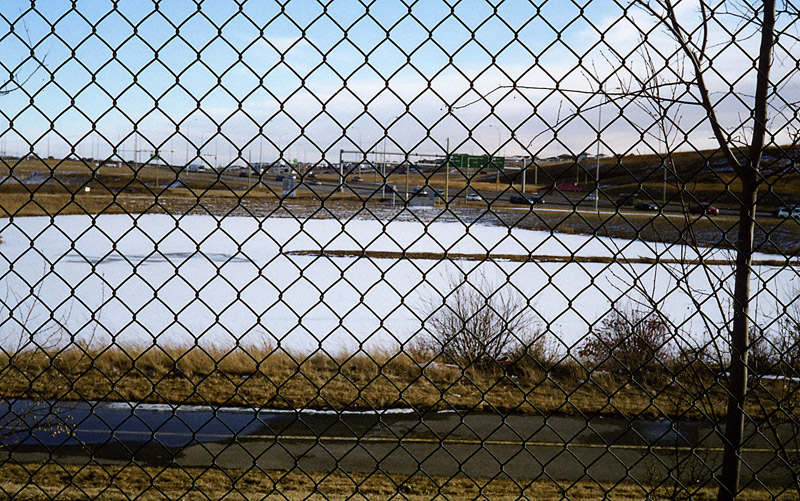 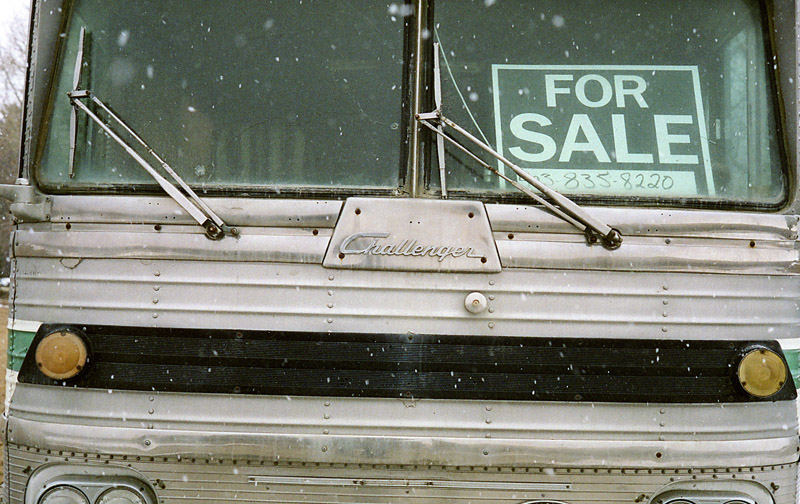 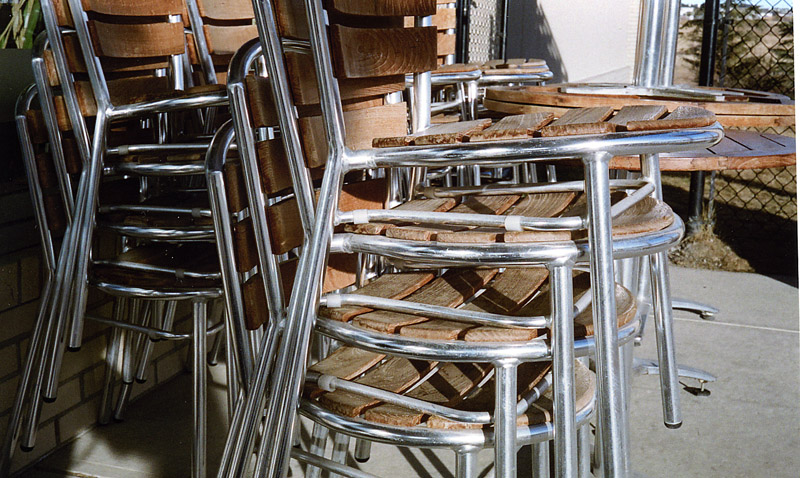 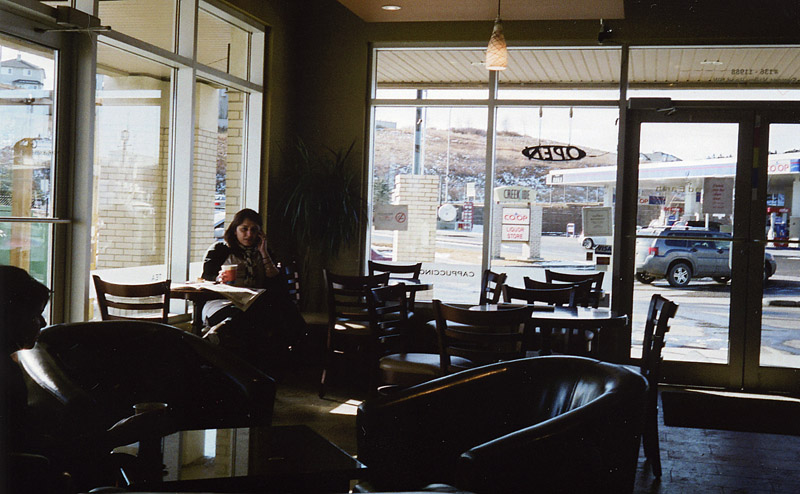 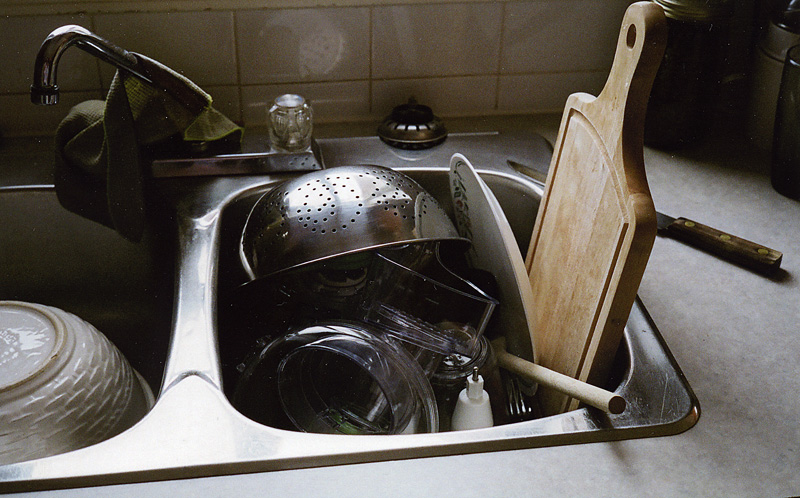