In the pre-covid fall of 2019 my wife and I basked in the blissful warmth of a Greek seaside town. We were about half way through a Holland America Mediterranean cruise at the time. One of those bucket list things we wanted to do before the wheels started to fall off, health wise.

The town of Katakolo is a lazy seaside port whose main reason for being is to ingest the throngs of tourists disgorged by cruise ships. As soon as you exit the dock area there are the usual tourist shops and restaurants. Neither of which we were interested in. What we planned on doing is going for a nice leisurely walk and explore the non-touristy back streets.

While my main camera for the trip was a Panasonic GH5 with an assortment of Panasonic lens, for this walk I grabbed the Olympus XA. The film of choice was Ilford XP2 Super. I love using this film for several reasons. Firstly it has a super wide exposure latitude, it loves skin tones and handles shiny highlights like no other film. It’s my go to 35mm film for vacation photos.

Our wander took us to a local graveyard. Not something I’m usually attracted to but this one was unique, at least to me. I loved all the bright white marble used and the shrines setup to honour departed loved ones. The tangle of roots and weeds and the general decay attracted me as well.

I set the camera to 400 asa (yes I’m an old guy) and used various apertures to obtain the DOF I wanted. If I had loaded up FP4 or HP5 I would have had to manually adjust the asa to compensate for predominately lighter or darker subjects as the meter would have been fooled by them. With XP2 Super I didn’t bother. Between the Olympus XA and XP2 Super all the exposures were very well captured and will be easy to print in the darkroom. Or scan for internet use. The images below are scans from drug store 4×6 prints. The scanner was an Epson all in one type so not the best. One thing that you will notice is that the only time the vignetting the XA is know for was noticeable was on the shot of a young boy playing a board game on the ships deck. Another thing is the negs show detail in what looks like blown out highlights on the drug store prints. Some of the photos on the ship show off the extreme latitude of this film. Deep shadows were retaining detail while at the same time retaining detail in most of the highlights. You can imagine how bright it would be on a ship in the middle of the Mediterranean! The photos taken in Rome and Athens were a mix of overcast and sunny days.

One thing I found challenging with the XA was getting accurate focus on objects close to the camera. Especially when trying for minimal DOF.

I can say it was fun using the Olympus XA. The viewfinder is “adequate”, the meter is accurate, it’s pocket sized and very quiet.

I hope you enjoy these photos as much as I did creating them. 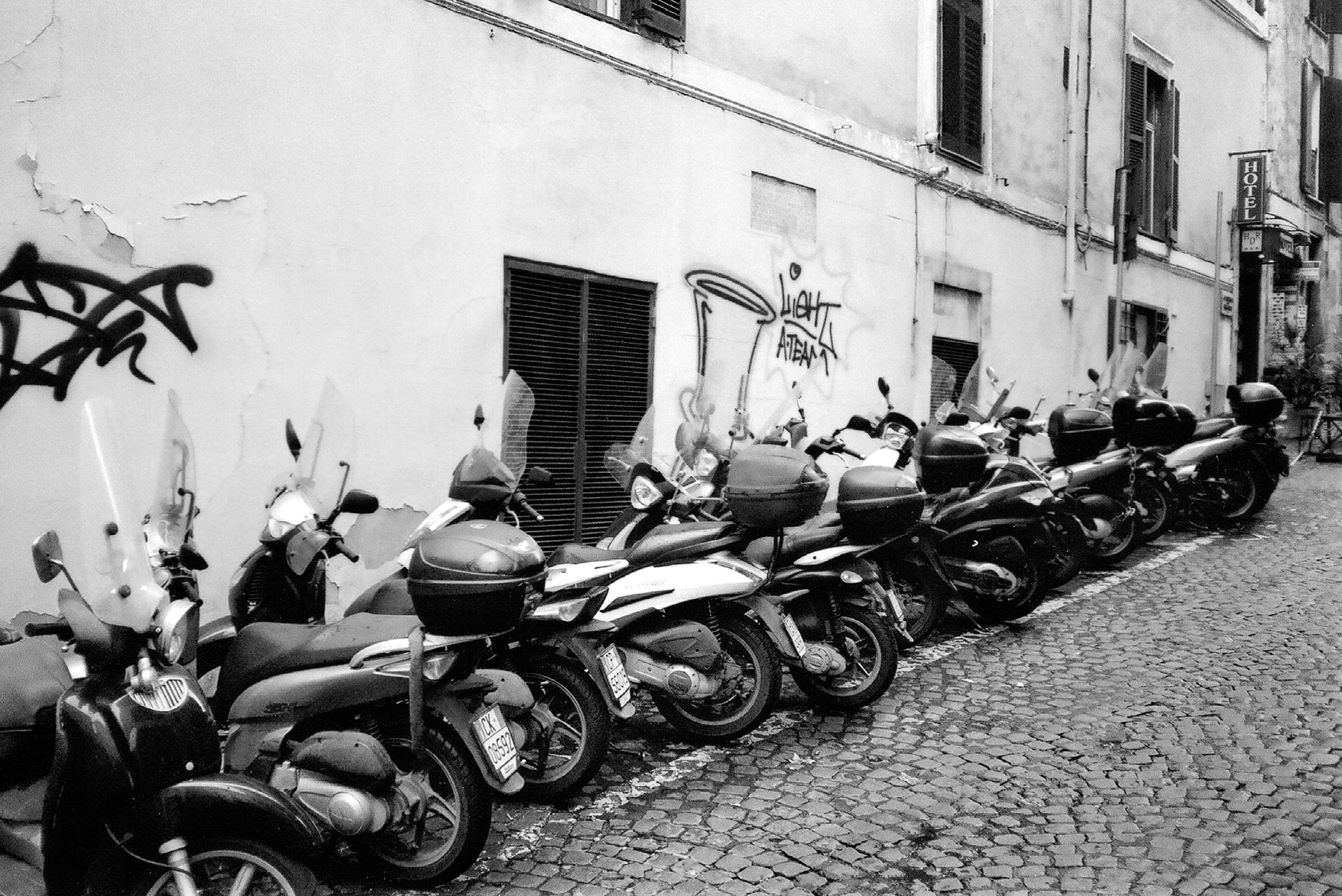 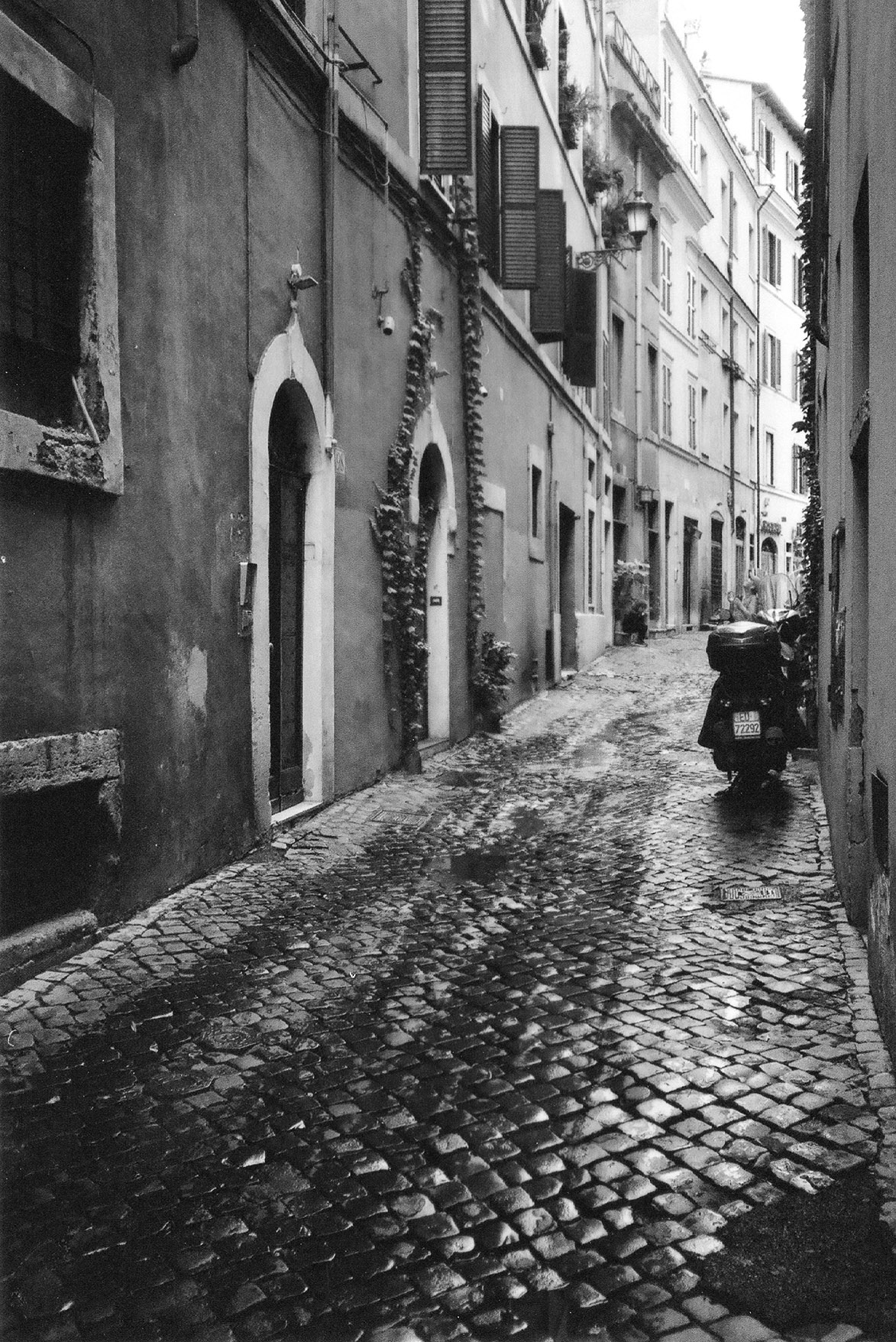 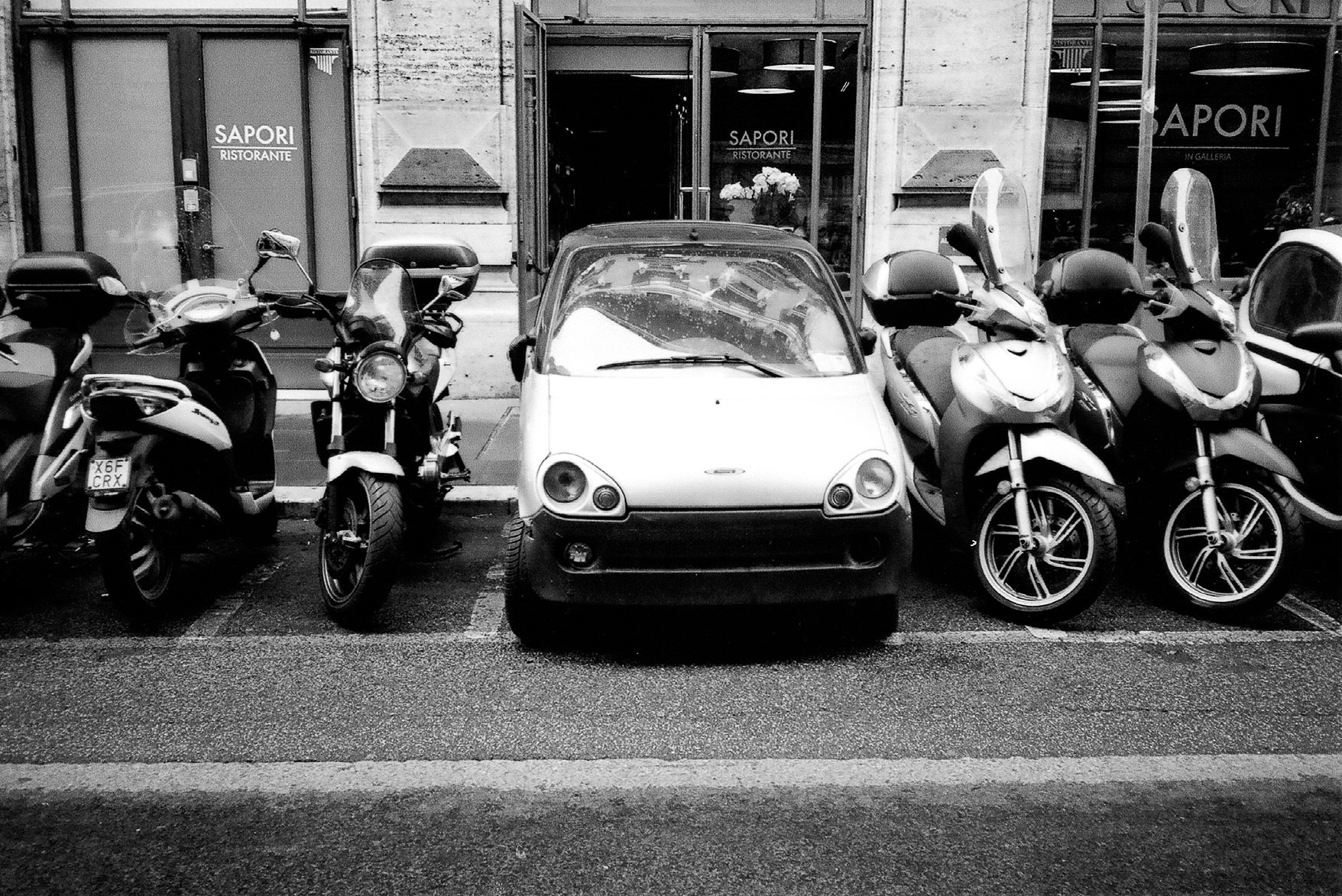 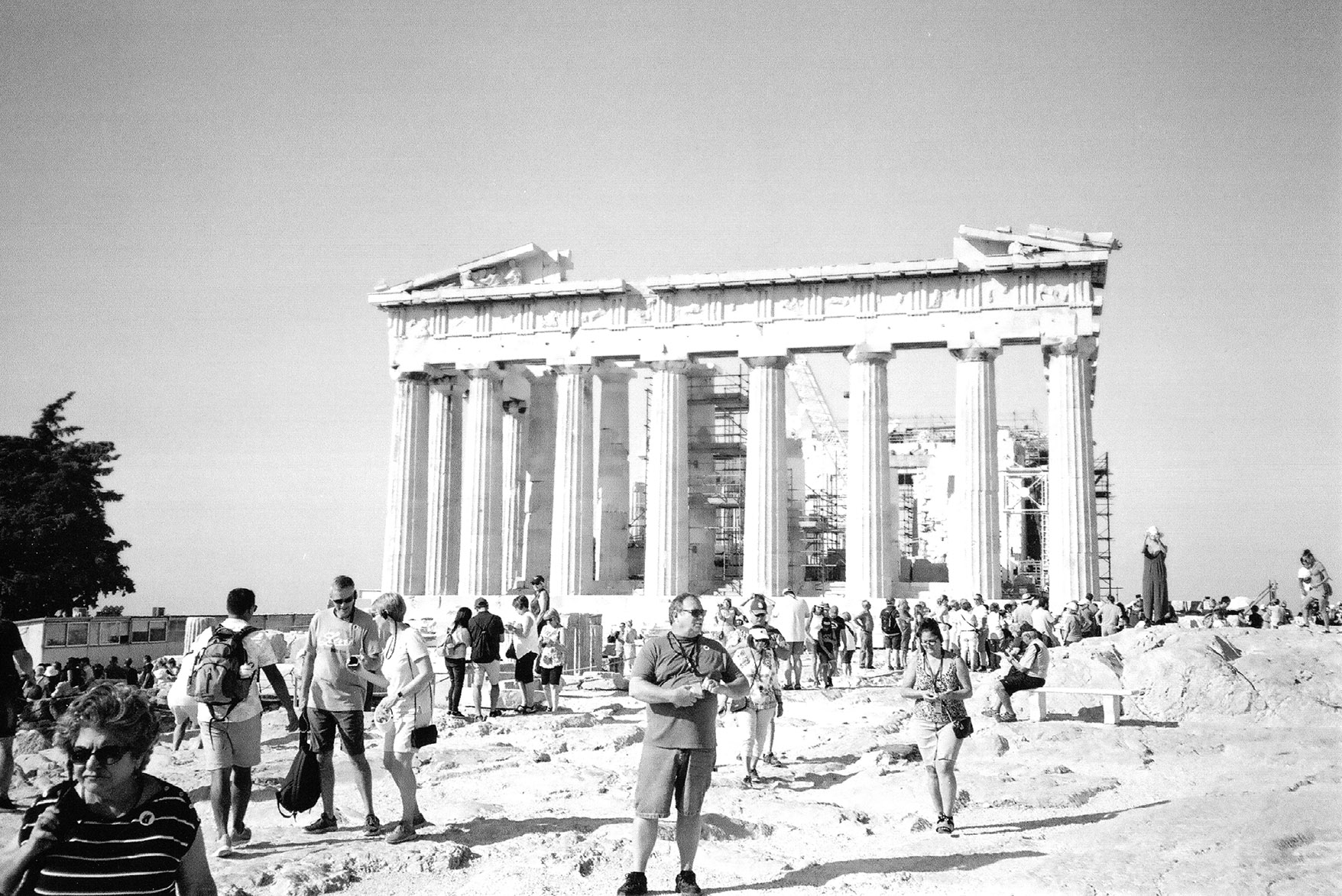 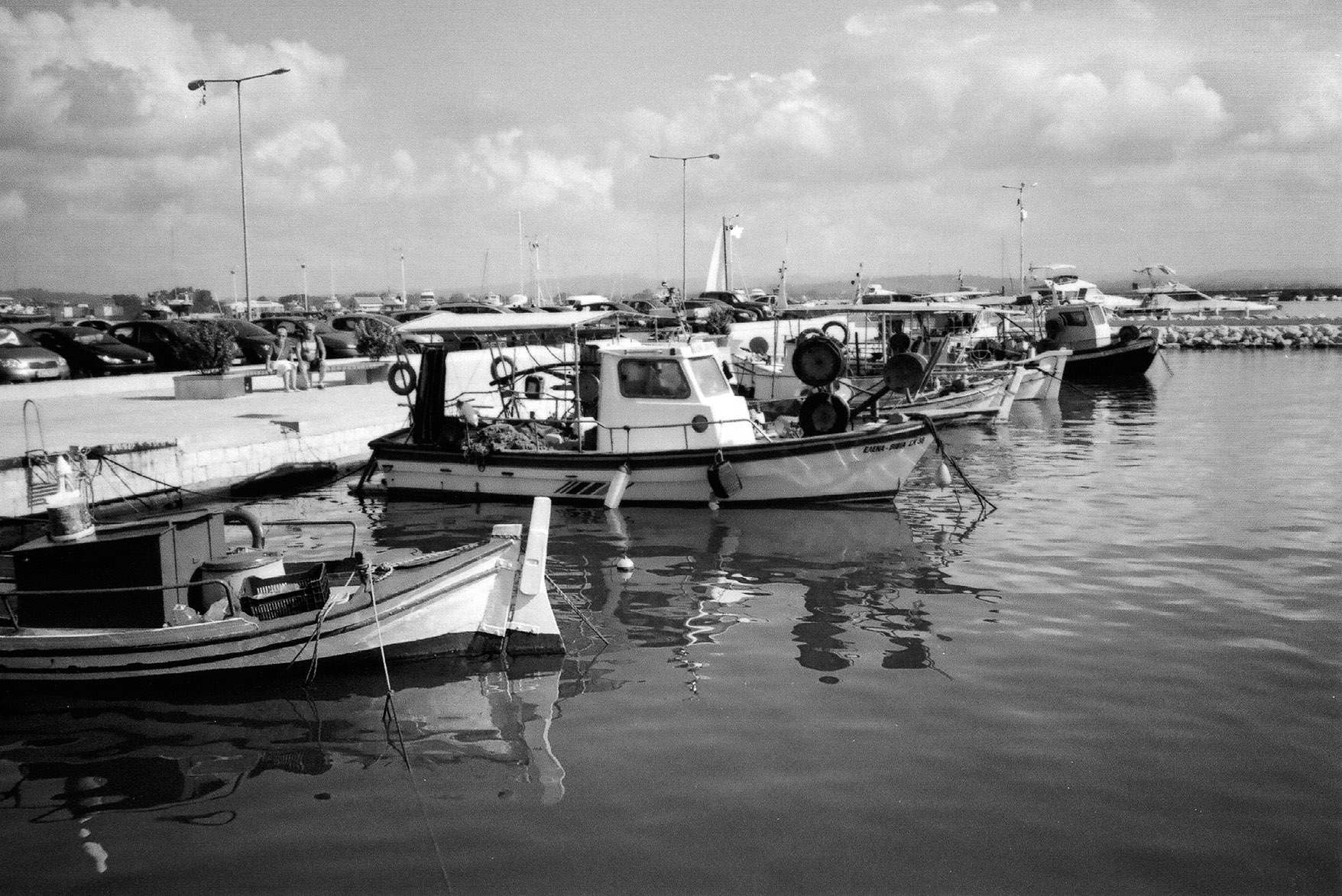 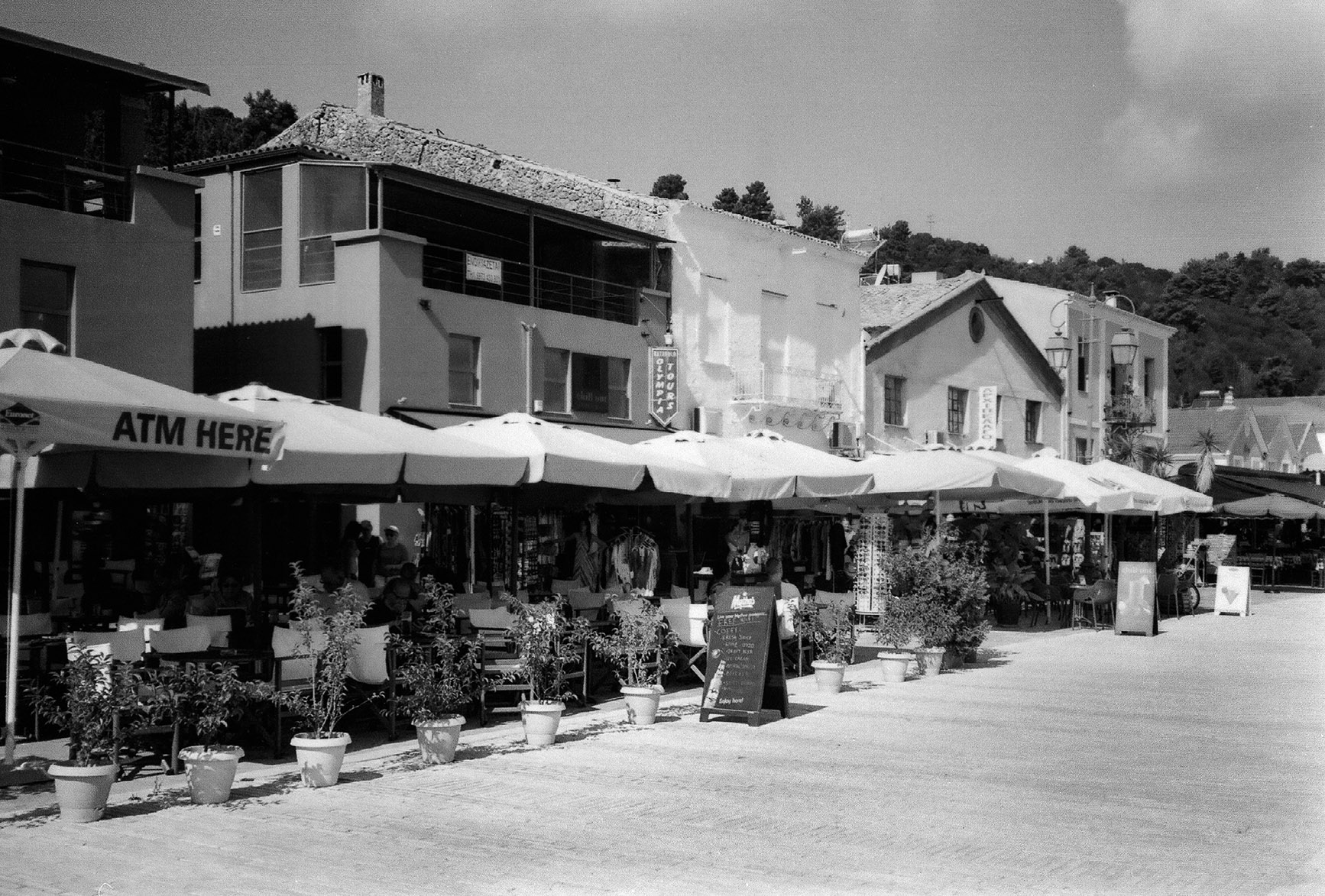 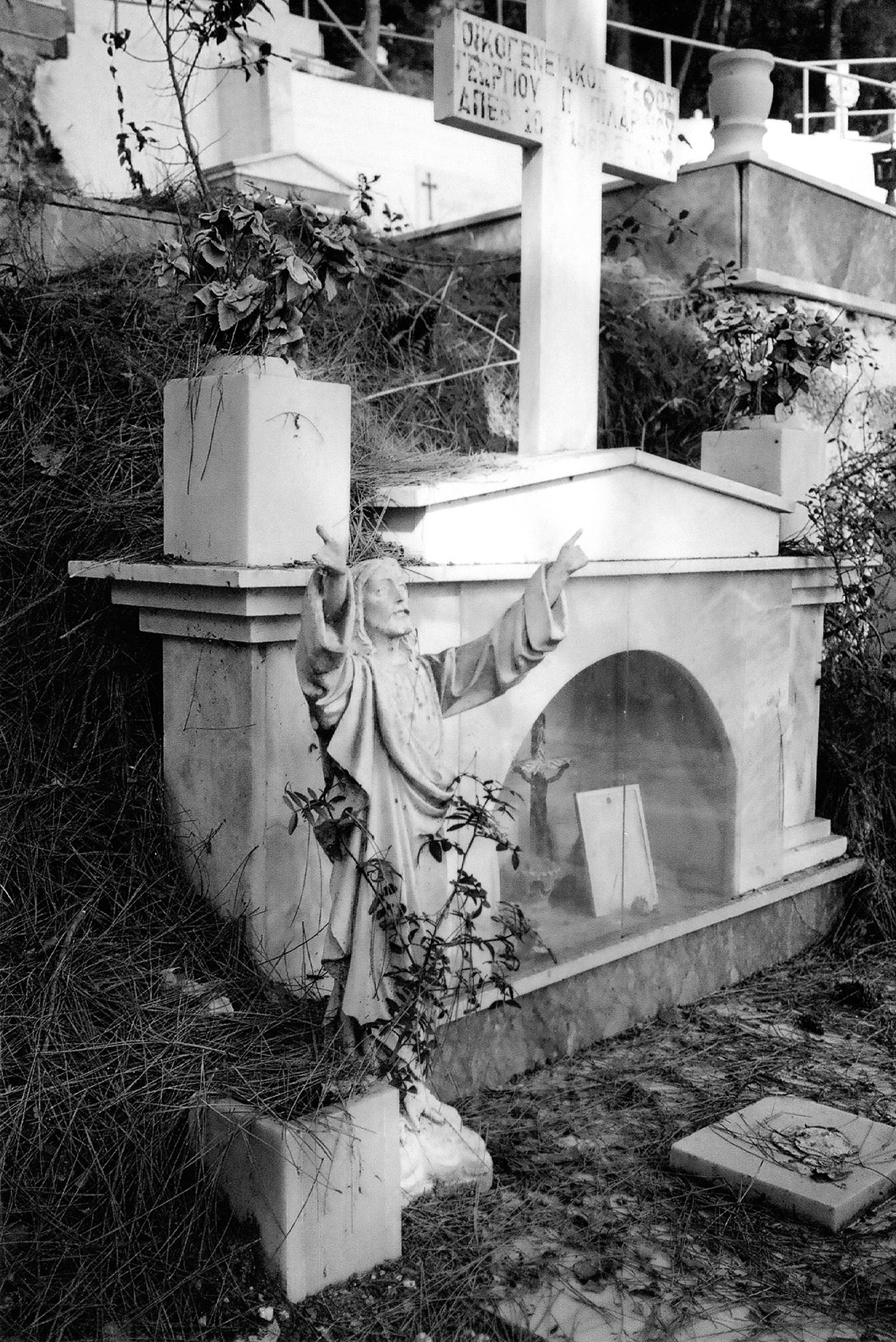 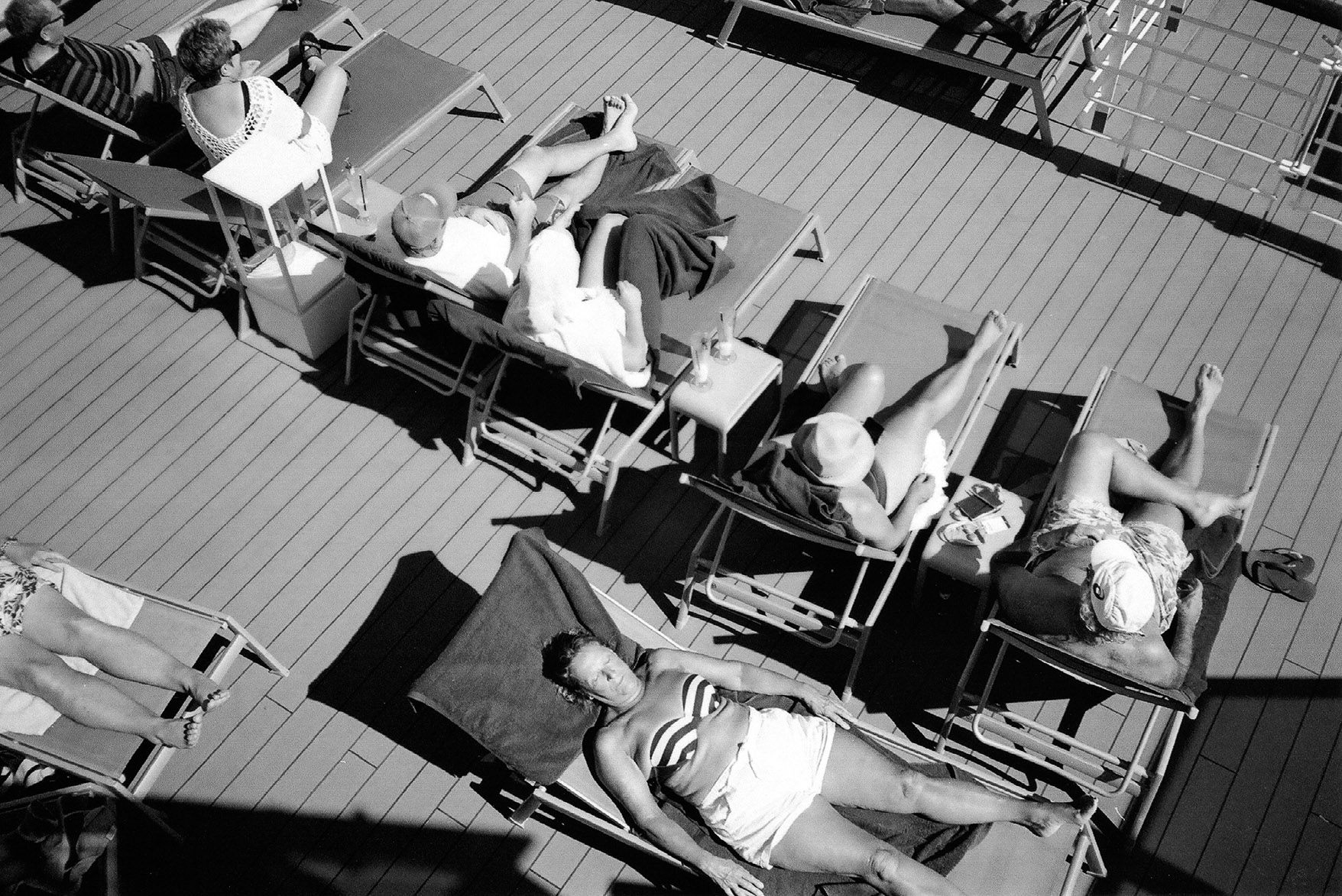 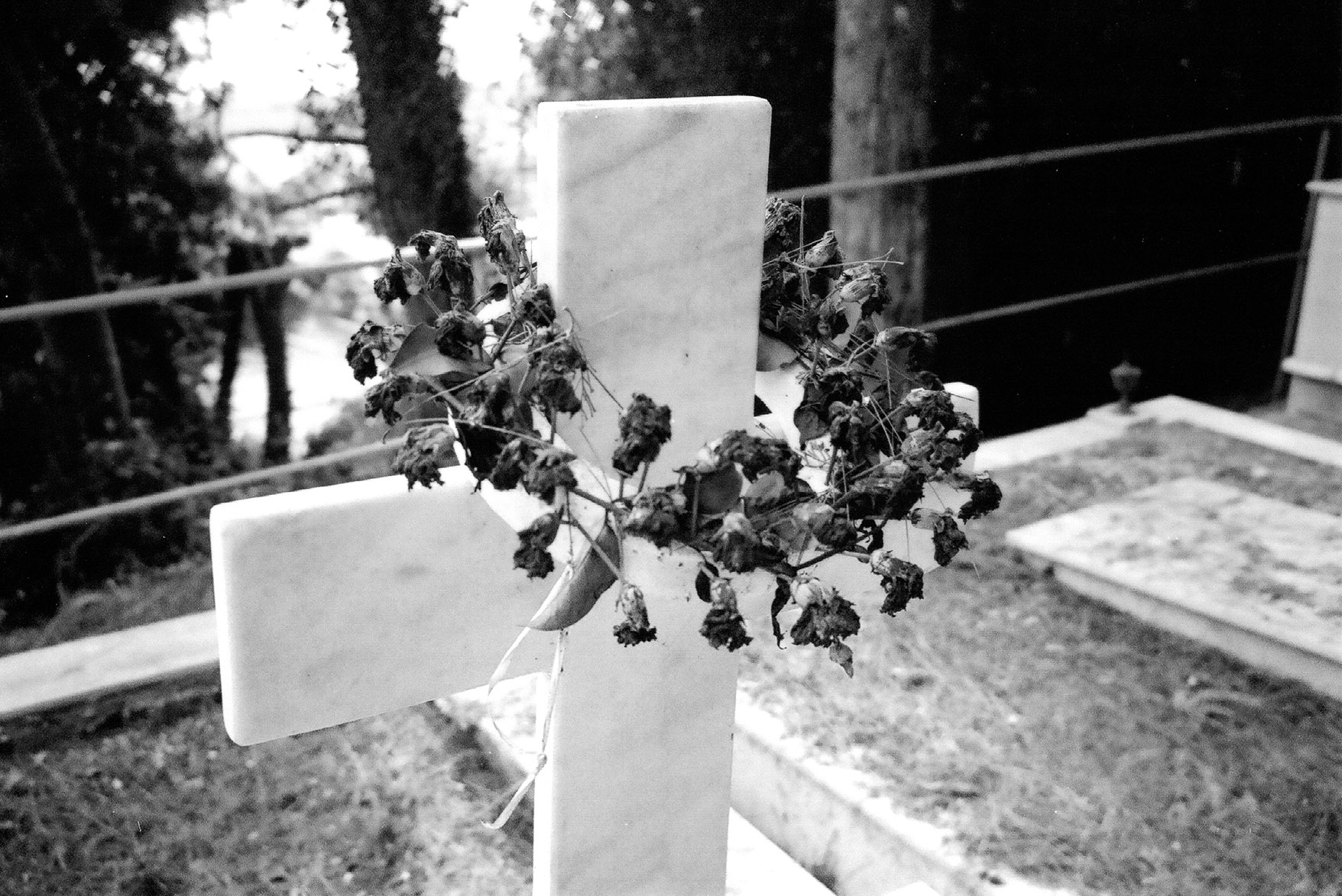 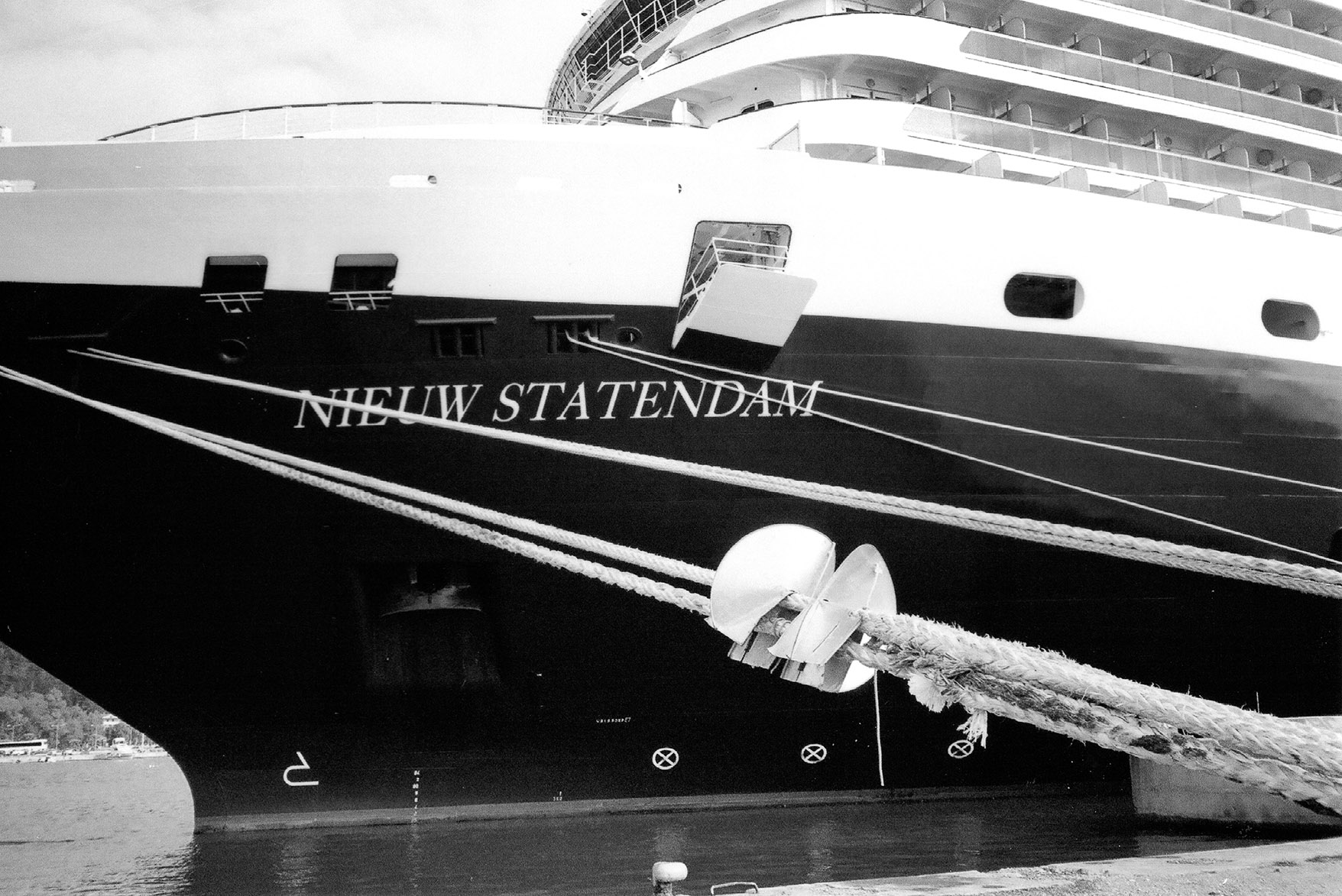 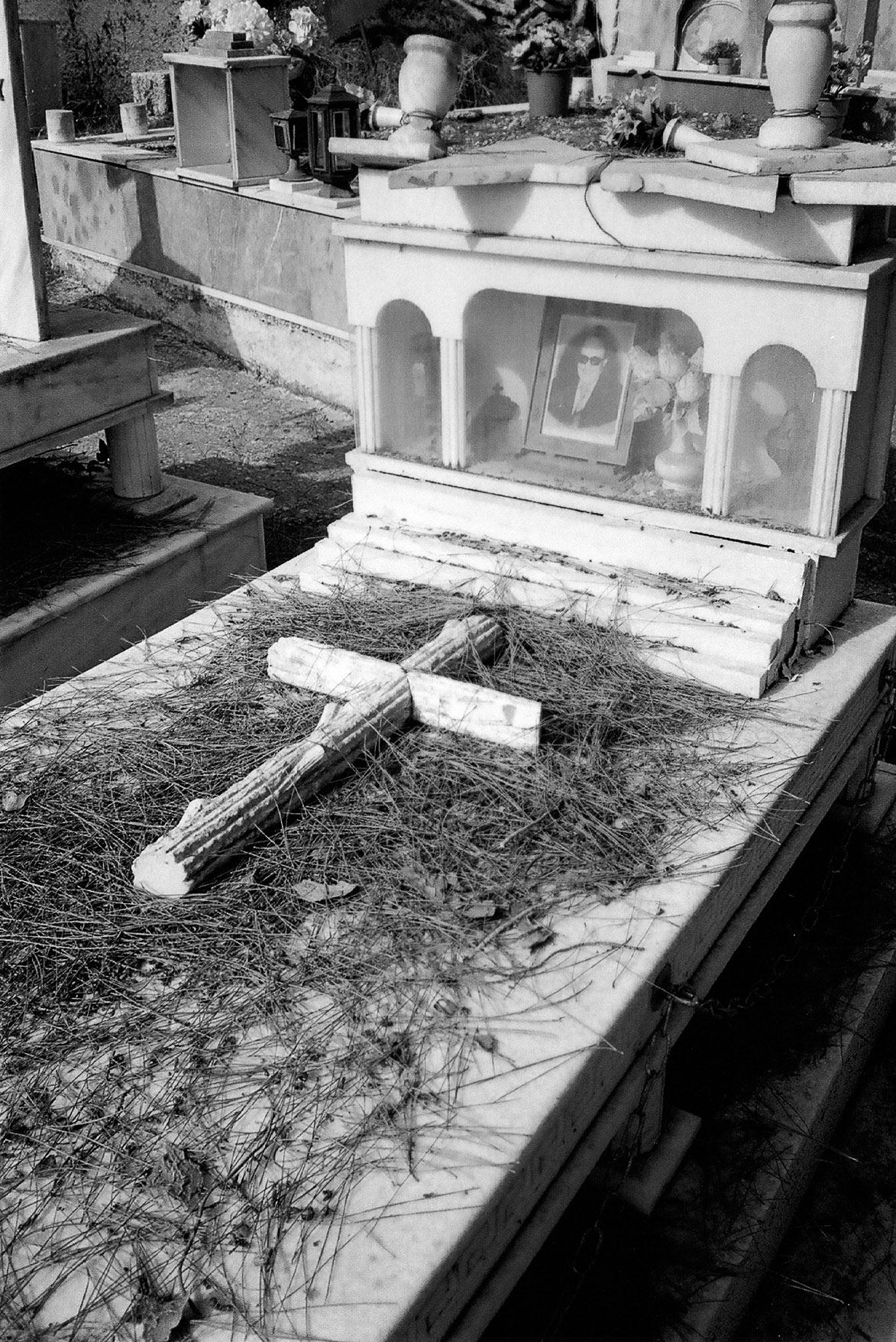