{sarcasm} I am going to make a confession right up front.  My name is Eric and I can be a real dick.  What brings out my “dickness” the quickest are those suffering from small penis syndrome. You know the types.  They are the ones who need to have all the most expensive gear.  Or they have to let you know they have exactly the same gear that XYZ famous photographer uses or used before they died 30 plus years ago.  Then they run around trying to plug as many tripod holes as they can with said magical gear.  Oh ya and a big bushy beard is necessary if you are trying to be a serious large format photographer and of course you describe all your photos in musical terms.

To counter their unabashedly excessive and unnecessary, in my eyes, invidious consumption and elitism, I smile and proceed to produce images using the cheapest, second hand, thrift store gear I can find.  Plus I don’t have a beard, I cannot play the piano and I like to blast AC/DC in the darkroom.   Like I said I can be a dick sometimes.

I belong to a group of large format photograhers.  All really fantastic people.  We had one member years back who fell into the hero worship category.  He idolized one particular photographer.  In all fairness I rather like his idols imagery as well and I’m friends with him.  So this chap bought every single piece of gear his idol used with the exception of his light meter.  He studied his idols photographs, even bought some and purchased his books.  I am sure the pages are dogged eared.  Several trips to Mecca to bask in the glory of his idol ensued.

After a day out shooting with the group our idol worshipper couldn’t understand while his images were technically perfect, but were for the most part underwhelming. The rest of us were able to come up with interesting, expressive images shooting in the same location.  I am sure he would drive home in his expensive German vehicle and shake his head.  Do not get me wrong this guy was a super nice photography buddy, and generous to a fault.

He just didn’t understand you cannot buy talent and vision.

Now I have to admit I have spent many hours going over Edward Weston’s various books. Including the Daybooks. While I really enjoy his imagery, reading the Daybooks was akin to meeting one of your hero’s. Not always a good idea. There were many photographers who have surely influenced my creative tendencies. However I have never asked any models to lay naked in sand dunes. Canyons yes, sand dunes no.

A while back my sweetie took me to Costa Rica for one of my milestone birthdays. Since weight was an issue my Toko wooden field camera got packed along with Rodenstock 150, 210 and 300mm Geronar’s. Plus an old Schneider 90mm SA. The Geronars were picked due to their light weight and stellar performance when stopped down by one stop. All lenses were picked up at bargain prices on ePray. Did I mention I’m a Scottish / Taurus. My thriftiness is not only genetic it’s controlled by the cosmos. Some people call me cheap. I call it a predestined lifestyle.

While I’m a sucker for punishment even I knew I needed something besides the large format camera for casual vacation pictures and street photography. So my trusty plastic fantastic VC Bessa rangefinder was packed.  The Bessa was outfitted with a 35mm Color – Skopar pancake lens.  I also packed a Leitz 90mm Elmar f4.

I picked the Bessa up used from a local camera store and bought the Skopar new (yes it hurt).  I have used the Skopar on my Leica’s as well and there is absolutely no difference in image quality between bodies.

We travelled to Costa Rica with our good friends who have been doing professional photography for close to 30 years.  They produce some of the most exquisite images I have ever seen.  On this trip each of them had their usual pro gear.  At the end of the trip if you threw all the prints on the table and tried to pick out the Bessa shots from the pro Canon shots it would have been impossible.  If you knew us well you might be able to pick out our shots based on our unique ways of seeing and creating our imagery.

Fellow tourists fawned over my friends big Canon and L series glass and you could almost hear them tittering when looking at my lowly Bessa.  Many of the tourists had better cameras and glass than most of the current crop of professional photographers I see these days.

I am sure some of these tourists produce stunning imagery, but I think the majority produce technically perfect “I was there” photos that could have been taken with a Panasonic point and shoot or smartphone.  For most of them I feel the fancy pro camera is a fashion and status accessory.  Check out this link and you will see what I am getting at:  https://en.wikipedia.org/wiki/Veblen_good

There are times when having the best gear available is a must.  Professional photography is one such instance.  When I was shooting commercially, I shot with pro level gear starting with the original Nikon F and Hasselblad systems.  I had multiple bodies of each for backup.  They took a pounding and each produced tens of thousands of images.  They also got cla’d on a regular basis.  These were the tools of my trade.  That and thousands of dollars in lighting gear, studio space, colour processors and on and on.

I did not buy Nikon and Hasselblad because of hero worship or to show off.  I bought them because they did the job and did it well.  Day after day, month after month.  I bought my last Hasselblad body in 1976 and it’s still going.  My last Nikon F got the bad end of a hostage taking situation I was photographing.  At that time I had two Nikon F2’s and the last of the original brace of Nikon F’s.  My last pro level Nikon film camera was the F5.  I still have that one too and it still gets used.  I was offered an F6 but after using it for a month I gave it back.  It just didn’t work for me.  In my opinion the F6 was built for the status crowd rather than working professionals. Sure it had some improvements but I felt it was a light weight pro camera.

I was lucky I got to do what I love, photography, and get paid well for my product.  I hit it at the right time but by the end of the 80’s I could see the hand writing on the wall.  Unless I moved to a larger market, things were going to get tough.  I made photography my secondary income stream and jumped into tech.  Turns out it was a good move.

Back in the 70’s the pros in my area use to have a photo contest.  You could only use one single fixed lens camera and one roll of film and submit one print.  Brownie’s, Instamatics, and folders were dug out of the junk drawer and loaded up.  You had one month to produce your work of art.

The results were mind blowing!  A group of professionals who knew how to work with light, lens aberrations, film characteristics and composition produced stunningly creative, expressive,  well printed and presented images.  These images had impact.  They said something that spoke to your core.

It shows that artists who know how to work their medium and have an artistic vision beyond trying to copy the latest “viral fad” on Instagram can produce noteworthy art irrespective of the value of their equipment.

As I said before, you cannot buy talent and vision.  Neither with equipment, education or workshops.

Oh and one more thing, just because you have a lens that gives you razor thin DOF, that does not make you a professional portrait photographer.  Whatever happened to getting the subjects nose and ears in focus in addition to BOTH eyes?  Oops, there’s my dickness showing again …….. {/sarcasm} 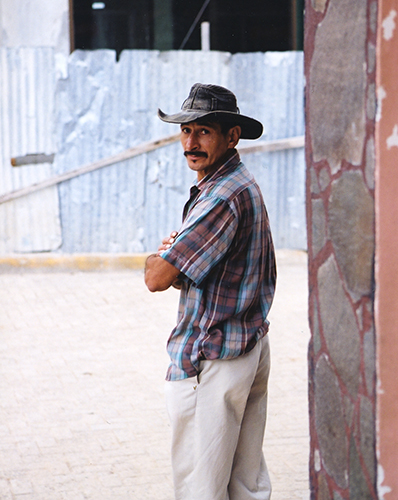 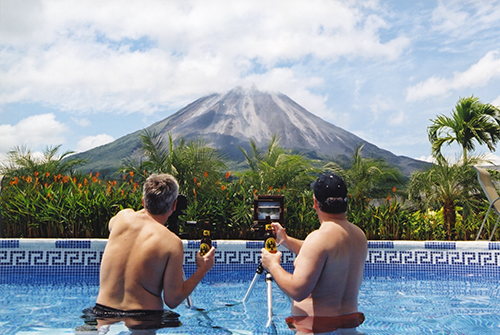 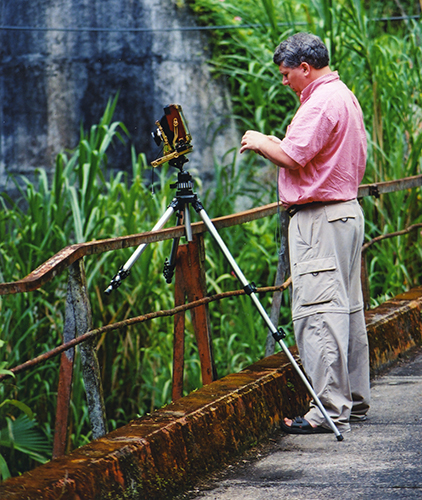 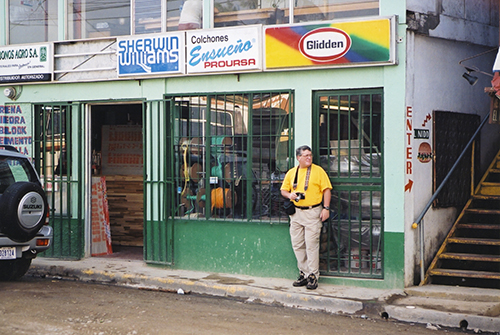 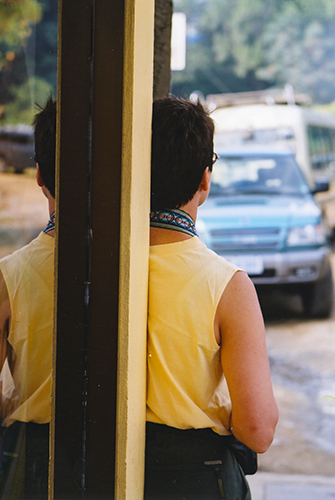 3 thoughts on “Equipment vs Talent”

Leave a Reply to Stan B. Cancel reply