Your always humble struggling artist/photographer/blogger has had an epiphany!  Indeed the cosmos aligned even without the help of Seth MacFarlane and his new Cosmos series.  What pray tell has ripped the blinders away from my clouded eyes?

Pixel peeping is a waste of time.  There it is, I said it.

What do most of us do when we test out a new camera or lens?  We take a shot and then zoom into 100 percent magnification to see if it is sharp enough.  I’ve done my fair share of pixel peeping myself. 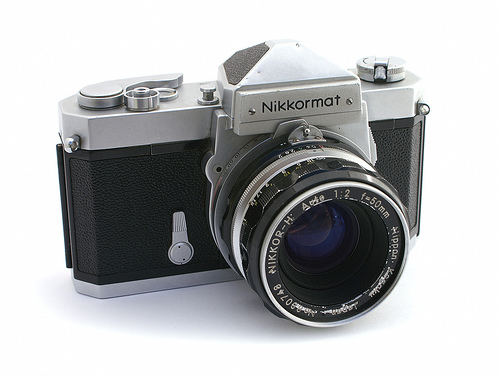 Let’s back up a bit and look at history and how things have changed.  In the old days if you shot Kodachrome 25 with a Nikkormat FTN or an F5 using the same lens, the image will look identical.  The only thing different between the cameras was their feature set.  The same could be said in broader terms between a Nikon F2 and a Canon F1 using their respective 50mm f2 prime lenses.  Again feature sets and “religion” were the only differences, not image quality.  What little differences they did exhibit could be fixed today in PS.

For the most part all of the major manufacturers made very high quality lenses with very minor optical differences.  Most system choices were made due to features and system depth if that was important to you.  Any pro worth his salt could make a decent living using Nikon, Canon, and  Pentax.  The choices were more limited in medium format, but again each of the major players made very good cameras and lenses.  Features, reliability and system depth were the main deciding factors.

When did all this pixel peeping or bit crawling start.  I suggest it started with the advent of CD’s.  The first CD players used very crude codecs.  Those that considered themselves audiophiles cried and bemoaned the butchering of their favorite  LP’s.  All that “air” and spatial quality was missing not to mention how sharp and peaky the sound became when played through the leading CD players of the time.  A crop of “digital” speakers were flogged to the masses.  Sound familiar?  A new lexicon had to be added to the audiophiles repertoire; bit encoding.  How many samplings were made per second.  The higher the bit rate the more accurate the reproduction, or so it would seem.  The study of and the acquisition of the best analog to digital, back to analog, converters was now necessary.

We had been sensitized to the axiom that more bits are better.    That philosophy was embraced by the camera manufacturers to ensure consumers would be set on a pixel treadmill.  So now pixels counted the most with camera features becoming secondary.

My first digital camera was a Kodak DC290.  This camera boasted 2.9 mega pixels.  This yielded an image 31 inches by 20 inches approximately (according to the Kodak data sheet).  I made plenty of 8×10’s from the DC290 and was pleased with the results.  The prints from the DC290 were not as good as an optical print from a good 35mm negative, but acceptable.  Numerous images were also used in corporate websites.   Next I blew through several Nikon and Canon P&S’s.  Digital cameras to me were still toys.  The real work had to be done with my film cameras.

Pixel count was ever increasing but the features were still limited.  My first semi-pro DSLR was the Nikon D70s (6 mega pixels).  I have made 11×14 inch prints from this cameras that are stunning and equal anything I could do with my 35mm negatives.  I have never tried to do 16×20’s from the D70s only due to a lack of demand.  The feature set was more to my liking than comparable pixel count P&S’s.  The ability to use my legacy Nikkor lenses sealed the deal.  I was now firmly in the digital camp.  The Kreonite went into the trash bin.  The size of the sensor now became important.  A 6 mega pixel APS-C sensor will out perform a 6 mega pixel finger nail sized sensor in a P&S. 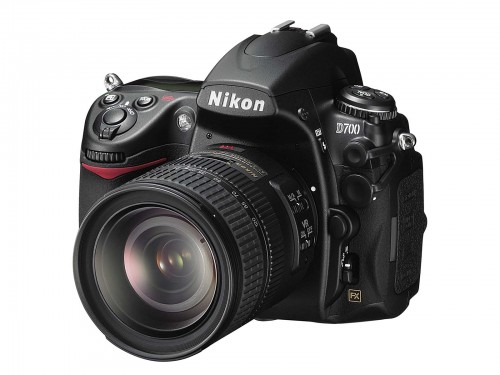 I would still be using the D70s if it were not for a row of dead pixels.  They don’t always disappear, but for my professional work it just was not acceptable.  Yes I could fix it in PS but the time overhead was too costly.  I replaced the D70s with a D700.  Wonderful camera, does everything I want it to and it replaced my Hasselblad.  I could now make prints up to 20×30 if I needed to.  Actually bigger if I really needed to but that’s not my market.

I recently bought a Panasonic GX1 from Frank Petronio.  It’s 16 mega pixels which is 4 more than my D700.  They tell me the technology has improved since the D700 was introduced and I should not see a huge difference between the two cameras under ideal conditions.  Micro 4/3rd’s is the new holy grail.

Well you can guess what was the first thing I did once I got the GX1.  I shot side by side images, GX1-vs-D700 and pixel peeped.  I tried all kinds of things, using the ultra sharp Panasonic 20mm f1.7 lens compared to the Nikkor H-C 50mm f2, putting the Nikkor H-C 50mm lens on the Panasonic etc etc.  In all cases the D700 won.  Not a big surprise as far as I was concerned.  Size does matter when it comes to sensors. 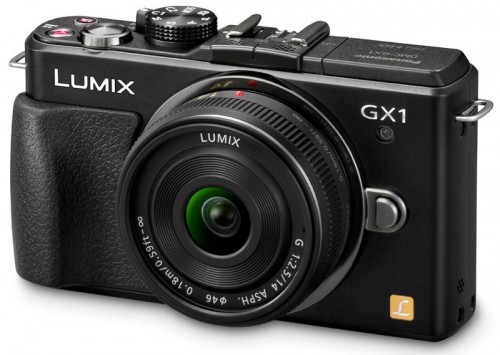 Then I had a thought.  One of those hit your forehead in the middle of the night kind of thoughts.  Really the only thing that matters is what a print looks like.  I scaled the images to be identical looking and then sized them for 11×14 prints.  Guess what?  Both prints looked outstanding.  Only the kind of people who pick things apart to an absurd level on photograph forums could tell the difference in the prints.  The GX1 doesn’t have the DR (dynamic range) the D700 has but this can be fixed in PS for 95% of what I will be shooting.  Check out George Barr’s excellent blog posting on dealing with high key situations.

Another thing the micro 4/3rd’s cameras don’t have is durability.  I fell off a cliff last weekend and my D700 hit a rock ledge pretty hard.  If suffered a few dents but beyond that the camera and lens functioned perfectly.  If the same thing happened to my GX1 I am sure I would have been picking up pieces.  Same goes for the new Sony A7R.  Again if I were doing something rough the minute difference in image quality between the D700 and the new full frame Sony A7R would not influence my decision.  The tougher D700 would get packed.  If I were going on a cruise, the Sony A7R would get packed.

I am going on a trip to Germany and Santorini in a few months.  I almost left the GX1 at home due to pixel peeping.  Glad I re-evaluated what really mattered, the final output, the print.

I feel we have come full circle.  Camera choices today should primarily be made based on features (important to you), system depth and durability.  For the most part you will not be able to tell the difference in prints made from micro 4/3rd’s, full frame and APS-C type sensors if printed by a skilled craftsman up to 20×30 inches.  The responsibility of proper exposure rests upon the photographer as it always has.  Digital sensors are just as fussy to over/under exposure as were transparency films of bygone days.

We can now spend more time putting the craft back into photography and less time pixel peeping.  Sensors have matured to a level where we should not waste a lot of time comparing one against the other.  At the end of the day whatever difference you “think” you perceive does not amount to a hill of beans once you print your image.  Check out the blog posting by Ctein on The Online Photographer.  Ctein is a master printer and has made prints from non-FX sensor cameras that would blow your mind.  It can be done.  There is no hiding sloppy craftsmanship behind sensor size anymore.  The one thing that cripples your FX camera is not using a tripod.  It does make a difference, even at higher shutter speeds.  That and cheap filters.  Don’t get me going!!

Will I take the GX1 on pro jobs?  You bet I will.  Will it do everything, no, but neither will the D700.  The trick is to use the right tool for the job.  Measure twice, cut once.  Put the craft back into photography!

2 thoughts on “Pixel Peeping is a WASTE of time!”